For being a person so filled with strong opinions, I find blogging to be surprisingly challenging. In person, I'm happy to yap on about my radical and idealistic political views, how I think I could solve everything if I were Queen Of The Universe, and the best way to train your dog. There's something about the permanency and visibility of a blog post, though, that leaves me feeling hesitant and shy, except about the things I am most certain of. Besides, my deepest purpose in having a blog isn't about airing my numerous opinions, it's about connecting with people who are interested in my writing. Mostly, my fiction writing. In light of that purpose, I'm restarting this blog and am happy to announce that, at least for the foreseeable future, I'll be posting short FICTION each Friday! If you like what you read here, check back every week, and keep an eye out for information about my collection of very short fiction, A Flash Of Genies, which I'll be releasing later this spring.

As always, I welcome your comments and hope you'll check out the other blog tabs (above) to learn more about me, my books, and even my awesome webpage! 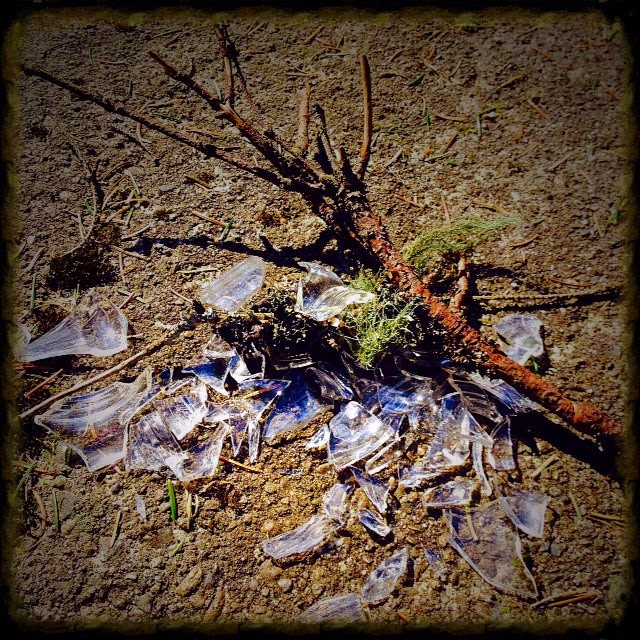 It was the sound of the eggshells as she dropped them into the kitchen sink that irritated Celeste. There were three dozen hard-boiled eggs and each fragment that she peeled away from a glossy white oval landed in the stainless steel basin like a shard of glass.
Celeste had never considered the possibility that Tara would leave her. They were twins. Soul mates. Inseparable.
Celeste and Tara shared an apartment, clothes, even friends. They shared everything, yet her sister hadn’t bothered to mention that she had a boyfriend. Two weeks ago when Tara and Miguel went to Vegas for the weekend, Tara hadn’t bothered to tell Celeste that she planned to return on Monday as someone’s wife. Until she’d seen the gold band on Tara’s finger, Celeste hadn’t even known Miguel existed. Good morning, Celeste. You have a brother-in-law. Who could blame her for smashing the windows out of Tara’s car? She was surprised and hurt, after all.
Deviled eggs were always good picnic food. Celeste was going to miss Tara, but that didn’t keep her from wanting the reception to be perfect. It was informal and held on short notice, but they were expecting a big crowd. People would mingle and exclaim over the spread. They’d ask if it was catered and their eyes would widen in appreciation when they learned Celeste had done it all single-handedly. They would gasp in astonishment when they saw the elegant three-tiered cake Celeste had made. Then, as everyone stuffed their greedy mouths with food, Tara would announce that she was moving with Miguel to Portugal.
Celeste loaded the last of the food into her car. She wedged her suitcase behind the passenger’s seat and then double-checked that the kitchen mallet was tucked safely in her purse. It was, and she zipped up her bag with a satisfied smile. Who would have predicted that a tool meant for tenderizing meat would turn out to be so handy? Her stomach fluttered in anticipation. Yes, she decided, she was going to like Portugal very much.