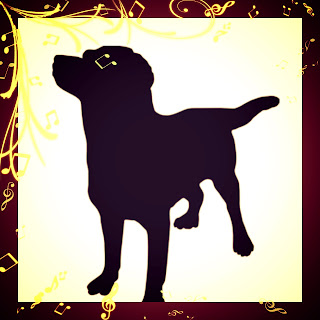 Trent bought Schooner from a backyard breeder when he was a sophomore in college. Five years later, I dated Trent for eight months until the day he broke Schooner's leg. That day, we split up. As break-ups go, it was a good one. Trent got a concussion, two black eyes, and a death threat, courtesy of my big brother, while I got a protective order, a $500 vet bill, and a hundred and ten pounds of stick-obsessed, cat-chasing, beer fetching black lab.
Schooner and I had a deal. For my part, I promised to make sure nobody ever hurt him again, I promised never to ask him to bring me a beer, and I promised to throw sticks for him every single day for the rest of his life. Even when they were covered in slobber. Even when they were almost as small as toothpicks.
For his part, Schooner promised to love me and keep me safe by farting whenever I had company, sleeping across my legs, and by ruthlessly hunting down and killing every fly, mosquito, and spider that ventured inside our house.
There wasn't anything I wasn't willing to do for that dog. Special food? He got it. Walks in every kind of weather? You bet. Play dates with other dogs, dog-oriented vacations, toys, treats, personalized collars, his own sleeping bag for camping, specialty shampoos, and holiday photos with Santa. With me, Schooner led a life of luxury. I think he knew it, too. There was never a sweeter tempered dog. As much as I was willing to do for him, he was willing to do for me. When I was sick, he snuggled with me. When I cried, he licked away my tears. Schooner always seemed to know when I needed to laugh, when I needed to be distracted from my human worries, and when what I really needed was for him to stand next to me and look big and scary.
Only one thing marred our, otherwise, perfect relationship. Schooner had a terrible singing voice. And he lovvvveed to sing. He sang when I listened to the radio. He sang when I played an album. He sang along with the TV, the doorbell, ambulance sirens, and the ringtones on my phone. Schooner even sang when I hummed under my breath. Schooner could no more hold his peace than he could carry a tune. I tried listening to my favorite music on headphones, but Schooner had keen hearing and sang along. I tried putting him inside my car, inside the garage when I watched TV, but Schooner knew, and he howled along to the nightly news with as much dissonant cacophony as he did when I tried to watch a classic musical.
I tried teaching Schooner to sing on command, which he seemed to enjoy. Then, I tried teaching Schooner to stop singing, at my command. He refused. I tried clicker training, but Schooner loved singing more than treats, toys or even sticks. I hired a trainer who succeeded in teaching Schooner to dance when he sang, but who couldn't teach the dog to be quiet. One friend suggested I try an electric collar but that would have meant breaking my promise and I wasn't about to do that. Someone else suggested surgical debarking, which seemed to me, to be at least as cruel as the shock collar.
At last, when I had exhausted every other reasonable solution, I hired a voice coach. Yep. I hired a voice coach for my dog. If he was going to sing, at least he could learn to do it well.
Schooner took voice lessons twice a week and for six months, I waited and listened while nothing seemed to improve. If anything, Schooner was singing more but he wasn't getting any better. His high notes vibrated the windows in the house, and his low notes made the peach fuzz on my arms stand up straight. The voice coach urged me not to give up. I suspected her motives; after all, I was paying her well. Still, I was desperate. I paid for another two months of lessons and I waited.
Seven and a half months into voice lessons, Schooner began singing recognizable songs. At first, he was limited to Twinkle, Twinkle and Mary Had a Little Lamb, but each week he learned a new song. A year later, Schooner performed at the Alaska folk festival and from there, his career took off.
Schooner probably could have gone on the road, after that, but I wasn’t willing to let him go without me, nor was I ready to give up my career in social work, so we compromised. Every good relationship involves compromise. We stayed in Juneau where Schooner recorded a new CD once a year and played local gigs twice a month, while I continued in my nine-to-five job. It was a good life and, while Schooner never did stop singing along with the TV and radio, I learned to live with his passion for music.