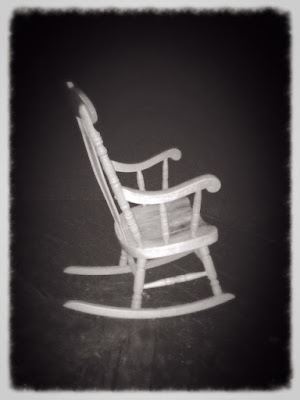 In keeping with the Halloween/Samhain season, I have a dark and slightly creepy piece of flash fiction for you this week. Even creepier is the idea that we’ll be turning our clocks back on Sunday so that it’ll be growing dark in Juneau by 4:30 Sunday afternoon! I’m yawning and ready to cuddle up in a quilt just thinking about it. Does anyone have any great winter reading suggestions?

"Nothing has changed," he said.
I glanced down at what was left of his hands after frostbite had whittled away all but three of his fingers.
"How can you say that? Everything has changed, Carter. Everything."
He reached for me then, and I recoiled. I couldn't bear to have him touch me with those hideous stumps. That was bad enough, but it was his expression of surprised pain that made me turn away in disgust. As I turned, I saw his grandmother watching us from her rocking chair.
"You're an ugly beast," she told me, then spat. She was as shriveled as a dried apple, but she could spit as well as any lad. I wiped my face and left. The next morning I awoke here, surrounded by roses and trapped in the body of a beast.
How was I to know she was a witch?

Thank you so much for visiting and I hope you have a marvelous week!
Posted by Unknown at 5:37 PM No comments: 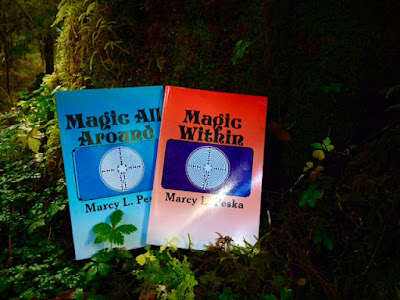 I've said it before, but I'm such a creature of inertia. That is to say, gosh, I haven't posted an update in a long time. Sorry about that, folks.
I'm here now, though, and once I get this confession behind me, I think I'll manage to get back into the swing of weekly posts of flash fiction.
The Confession: Some of you will recall me announcing with great confidence that Magic Together, Book 3 of my series, would be published and available for purchase before the end of 2015. *sigh* I've been spending a lot of time thinking about, and even plotting, Magic Together. What I haven't been doing is writing it. I have a few reasons and a bunch of excuses, but it all boils down to the fact that I won't be able to keep my word, which upsets me. All of you who support my writing mean a lot to me. A lot more than little words in a blog post can probably convey. I don't know how authors ever managed before the internet allowed readers to cheer us on in real time. Writing is fun, but it's also hard work and I wouldn't do nearly as much of it if I didn't have all of you. Thank you. I apologize for disappointing you and I hope that I can make it up to you by publishing Magic Together in 2016. I can't predict which part of 2016 yet, but I'm hoping it's sooner rather than later! In the meantime, weekly blog updates and flash will be one of my top priorities. There's nothing like inertia, folks, and once the writing wheels are turning and the computer is fired up anyway, there's no telling what I'll get up to.
So, without further ado, here's a bit of flash to give you a scare. It really is based on real events!
P.S. This entire blog post is brought to you by my fancy new bifocals which make working on the computer much less stressful and a whole lot more comfortable!


Based On a True Story
“Give it back,” the man thundered.
I danced back a step, my knuckles white as I clutched the paper bag I’d snatched from him.
“Look, lady, I warned you not to mess with me.” He tucked one hand into his sweatshirt pocket. He had a weapon in that pocket!
The wall loomed behind me. The man was much too big for me fight and there was nowhere for me to run. Bravado was the only weapon I had left. Luckily, I have it in spades.
I shot the man a molten glare and hissed, “It’s mine now, so back off”.
“I’ll cut you,” he said, his hand still in his pocket.
My eyes darted right, then left. How could I escape? Then, faster than a striking snake, he pulled the weapon out of his pocket and pressed it against my neck.
It was a floss stick.
My serious demeanor fell away as I giggled and handed Dale the bag of popcorn.
Posted by Unknown at 6:58 PM No comments: