A Dark and Stormy Night

I’ve been dropping hints about bloggy changes, and the time has come to tell you that I need a break from weekly writing deadlines. There’s a time and a place for those kinds of things, and I know some folks thrive under pressure, but it’s not a healthy environment for my muse. She’s in a union, ya know. The Muse’s Union. She says weekly deadlines have created a toxic work environment for her and she needs me to clap my hands three times and holler, “I do believe in ferries”. Well, it’s true, I really, really believe in the Alaska Marine Highway System. No, I’m confused. What she needs me to do is quit trying to write a brand new piece of flash fiction each and every week. Sooooooo, I’m turning this blog into a photo blog only. For Ferries.

Okay, so I do need a break from weekly deadlines (I have a novel to write) but I want to keep sharing flash fiction with you every week. What do I need? More writers! Yes, I’ll be sharing flash fiction by other authors as often as I can, with a few of my own stories thrown in whenever that silly muse of mine cooperates. If you, or someone you know would like to have me publish your flash fiction, please read THIS.

Meanwhile, let me introduce you to Thomas. 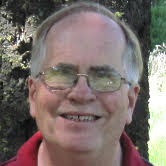 Thomas Hallsten Paine is a native of Everett, Washington with a penchant for dark chocolate and darker fiction.  He writes short stories and flash fiction that both range from the somewhat distressful to the downright sinister. (His friends say it has to do with his mood disorder.)
After graduating from the University of Washington with a Bachelor of Science in Organic Chemistry (Magna cum laude, Phi Beta Kappa), he operated a high-end custom-design jewelry and rare gemstone business for twenty years while spending his evenings playing trumpet in various bands.  After retirement, he and his wife moved to the eastern side of the state where, besides his literary misadventures, he spends his time on hikes in the mountains, the search for placer gold, wildlife photography, and, when at home, the composition of songs.  He is a vocalist with over thirty tracks distributed to retail outlets worldwide as well as several published books of music for the trumpet.  It is also rumored that he sometimes writes poetry when no one is looking.
You can learn more about Thomas and his writing on Twitter, Facebook, or his flash fiction blog!


A Dark and Stormy Night

It was a dark and stormy night when I heard someone pound on the front door.  I put down my book and went to answer it.

It was my friend Ethan and he was a sodden mess.

"What the hell happened to you?"

Ethan tottered through the doorway like a ninety-year-old man with terminal arthritis, although he was only seventeen.

"I was on my way home from late basketball practice and as I walked by the Old North Cemetery this truck came out of nowhere with its headlights right in my eyes and I thought it was going to hit me so I jumped for the ditch and somehow got away.  Whew!  May I sit down?"

Just then I felt someone shake my shoulder and heard my mom's voice.

“Tom, Tom.  Wake up!  Terrible news.  Your friend Ethan was hit and killed by a truck last night during the storm...”
Posted by Unknown at 10:28 PM No comments: Links to this post 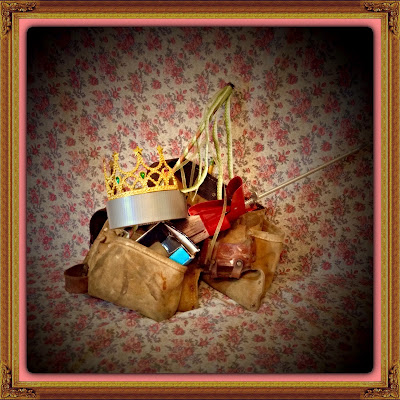 Today’s story is a continuation of last week’s flash fiction, and if you haven’t already read about how Chris got a job with FGM, Sparkle, Inc., you'll want to read Help Wanted now!

Happy flash fiction Friday and thank you for reading! I’m working on some blog related changes (fun things, I promise) and won’t be publishing flash fiction next week (March 25, 2016). I’ll be back again on April 1st, however, and will update you then about the changes I have in mind. Meanwhile, have a marvelous Spring Equinox and Happy Easter!
Posted by Unknown at 1:12 PM No comments: Links to this post 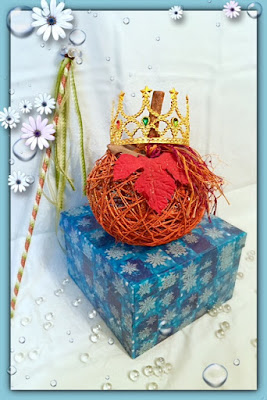 My jobbed sucked. I’d been promoted right out of what I loved most working in community mental health, and into a miserable bureaucratic position as the Quality Assurance Officer. Management said it was a perfect fit because I always turned in the best documentation, but what I loved about my job was the people, not the paperwork.  For five years, I’d been the bad guy sending progress notes back to be re-written, and building tickler systems in an effort to get everybody to turn in their blasted assessments and treatment plans on time. I was a glorified proofreader, official nag, and memorizer of Medicaid regulations, and I was dying a slow, agonizing death by boredom.
An hour of internet research yielded very little information about FGM Sparkle, Inc. beyond the confirmation that they were, indeed, a life coaching business and that they were known for offering the best benefits package in the state. I couldn’t find any details about how long they’d been in business, who their executive officers were, how much they paid employees, or even what FGM stood for. Nonetheless, I submitted my resume and letter of interest. I was willing, and even eager, to travel, and I was most assuredly ready to quit being a QA officer! Almost anything would be a better gig for me than that.
Ms. Delicia Poppins, conducted my initial interview by phone. Aside from her request to “Oh, please call me Delicia, we’re an informal kind of company,” it was exactly what you would expect from such an interview. It was superficial, well-rehearsed, and ordinary. I demonstrated my ability to give a good interview. I answered Delicia’s questions with clever stories about past employment challenges and successes, and I turned every question about my personal weaknesses into an opportunity to explain how every weakness is really an asset. What I didn’t do, was say what I was thinking. I didn’t say that Delicia’s parents must’ve been real crackpots to give her a handle like that. No, I kept those thoughts to myself, and at the end of our forty minute conversation, Delicia invited me to meet with her and “a small hiring committee” at the FGM Sparkle, Inc. offices the following Tuesday. I grinned in triumph but kept my voice level as I accepted.

If you enjoyed this little story, come on back next week, and I’ll tell you more about Chris’ adventures at FGM Sparkle, Inc.
Happy Flash Fiction Friday and have a lovely week!
Posted by Unknown at 4:18 PM No comments: Links to this post