I wrote a lot of poetry in my teens and twenties but mostly stopped when my taste for simple rhyme and rhythm  garnered feedback from instructors that my poetry read like children's poetry. Isn't that sad? Perhaps it was meant more as an observation than a critique, but at the time, I felt like I was being belittled. I was too sensitive, and all these years later, I realize that a lot of the feedback I received in my college writing courses discouraged me from writing more, sooner. Oh well. I'm writing and publishing now, and, thankfully, seem to have outgrown being easily dissuaded. Still, preparing to publish this post, I feel more vulnerable than I usually do when sharing prose. I feel as though I'm preparing to saunter around downtown in the nude!
This first poem is one that I wrote for Dale. I've been tinkering with it for over a year and recently shared it with Dale for the first time. His response set my heart aglow!
The second poem is something I wrote all in one sitting, last fall. It pretty much speaks for itself and was part of my attempt at coping with grief over the rape of someone I love very, very much. Putting my sense of outrage and helplessness into words didn't dull my grief, but it still felt helpful.
I hope that these small pieces will touch something in you. <3

It's not just that I love you from one end of the universe to the other,


For The Niece I Couldn't Protect

Posted by Unknown at 8:59 PM No comments: Links to this post

This selection from my phone notes was actually written for a loved one (and included in a letter) who has a family member who is coping with anxiety. In spite of the private nature of the original letter, this section might be useful for others, so I thought I'd include it in this odd little series of non-fiction posts. ;-)

- In a non-judgmental way, cultivate a curiosity driven approach to observing triggers (internal & external) for anxiety, and the thoughts, feelings, & actions that follow.

- Recognize that a few triggers can reasonably be avoided altogether but many cannot.

- Begin to gently and patiently train yourself to identify & change your own thoughts (negative self-talk & cognitive distortions) and behaviors (shallow breathing, holding breath, muscle tension, ignoring pain/hunger/thirst/exhaustion signals, etc.) which are triggers themselves and/or automatic responses to triggers.

- Begin daily practice of a handful of calming/relaxation strategies (breathing techniques, timeouts, progressive muscle relaxation, visualization, etc. ) in order to become highly skilled in utilizing these techniques and able to implement them at a moment's notice

- Deliberately utilize techniques from previous step when experiencing triggers and/or early warning signs of rising anxiety.
Posted by Unknown at 12:23 PM No comments: Links to this post

My All Time Favorite Fictional Characters:

1- The Luggage in Pratchet's Discworld novels

4- Tom Bombadil in Tolkein's LOTR series (Look! I did it again!)

8- Atlanta Burns in Wendig's Shotgun Gravy and in Bait Dog

10- Ishmael in Quinn's Ishmael and in My Ishmael

Who are your all time favorite characters?

Posted by Unknown at 4:00 PM No comments: Links to this post

I have a small treat for all of you who are signed up to receive my blog posts by email!
Since I don't have a way to get my laptop on the Internet right now, in lieu of flash fiction, I've decided to post a few of the musings that I've written (by thumb!) on my phone these past couple of years. Today, I'll start with this little list of tips that I wish I could send to my younger self. ;-)

Life is easier as a middle-aged adult than as a young adult. Years of trial and error have taught us what does and doesn't work. Life doesn't come with a manual, but by this age, most of us could probably write one! Well, at least a Cliff's Notes version. Here are 18 things I know now that I wish I'd known as a young adult.

1- Always part your lips when you blow your nose. This'll save you a lot of earaches.

2- The way your body looks has NOTHING to do with your lovability. Seriously, don't waste another moment regretting your weight, height, shape, or other details of appearance.

3- Cut your own hair. You'll save a lot of money and get the haircut you want every time.

4- Try all of the exciting things you want to try but haven't because you think you're not smart enough to learn how. You're more than smart enough.

5- If you must eat an entire head of roasted garlic, do it on a Friday.

7- Roast the turkey with the breast side down. You won't have to baste, and the white meat will be moist.

10- Winter is easier to get through if you let yourself drink some caffeine each day from November through February.

11- Although you feel like a solitary misfit, you are not alone. You will find kindred spirits in the most surprising places.

12- Knowing you CAN do something without help doesn't mean you SHOULD.

13- Stop feeling guilty for the time and money you spend on books. This will turn out to be one of your greatest strengths.

14- You think you want smooth sailing but every dragon you face, and every gauntlet you run will teach you lessons that you'll be grateful for.

15- Mixing metaphors will always make you feel like a gleeful rebel.

17- Volunteer. Find at least one place where you can volunteer and stick with it. In the short run, there may be sacrifices, but in the long run, few things will make you happier.

18- Some of the best things in life are CHEAP! Most household cleaning and first aid can be accomplished with one or more of the following: white vinegar, hydrogen peroxide, baking soda, & Epsom salts.

Posted by Unknown at 11:54 AM No comments: Links to this post

Hi Folks!
It's Friday but I don't have any flash fiction for you, alas.
I'm currently in Wasilla helping a friend out, distracted, and lacking in Internet service for my computer. So, here's a quick update from my trusty smarty-pants phone!
I do have some short story ideas sloshing around in my brain, though, so stay tuned to see what stories show up in early March.
I'll post a quick note and update again next week. Meanwhile, have a delightful weekend and a terrific week! 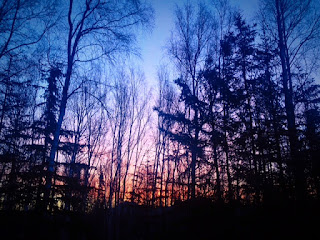 Posted by Unknown at 3:13 PM No comments: Links to this post 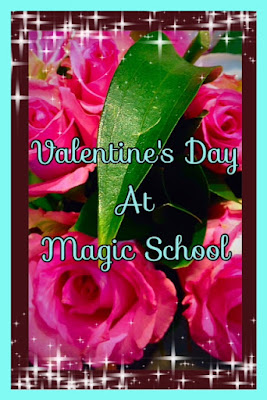 This story is for all of you who feel like you're made of "different stuff" than everyone else.

Love. Honesty. Integrity. Kindness. Insight. These are the virtuous pillars that each Magister must ever pursue, for in their presence, neither evil nor selfishness shall thrive.
--Brimolde Bell, Magister and Founder of Bell’s Academy 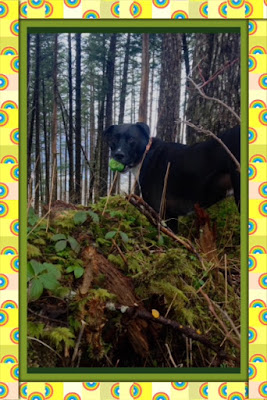 Those of you who’ve read my novels, know that I love writing about dogs and that I especially enjoy including them in stories about magic. This short-short story is dedicated to my sister, Holly, who happens to be the sweetest, most intelligent, beautiful, and lovable Jack Russell Terrier in the history of dogs. Holly has been very sick this week and in the hospital down in Arizona. Needless to say, even while writing, my mind and heart have been focused on my dog-sister.