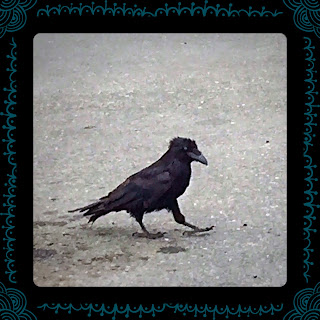 “Hey, Cor. Mind if I hang with you and your boys awhile?”
“Get lost bird brain, this is an exclusive club.”
“Awww, man, have a little compassion for a lonely fellow. It's hard not to have a flock.”
Cor’s friends squawked in derision but only Cor replied. "Murder, bird brain. We're a murder."
“Look. I'm not trying to bring down your image. I'll do whatever you want. I just want to be part of the gang.”
“Whatever I want? Okay, bird brain, here's what I want, go play in traffic!”
“Really?”
“Yeah, absolutely. Think of it as an initiation.”
“An initiation? Alright, I’ll do it.”
“I bet you won’t. You're too chicken.” Cor strutted a few steps.
"Hey, bird brain,” someone jeered from the back of the group. “Why did the chicken cross the road?" The comment was followed by a chorus of cackles.
“I’m not a chicken, I’ll do it.”
“You have to do it at rush hour, bird brain, when all four of those lanes are busy.”
“Okay.”
“And you have to be on foot, no cheating. That’s a hard and fast rule.”
They didn't have long to wait. When the traffic was heaviest, he hopped to the edge of the highway and began to run.
Drivers honked and cussed, but he didn't notice. He just ran. Everyone who witnessed his sprint across the road agreed that they’d never seen a crow run so fast before. His skinny bird legs were a blur.

Posted by Unknown at 10:19 AM No comments: Links to this post 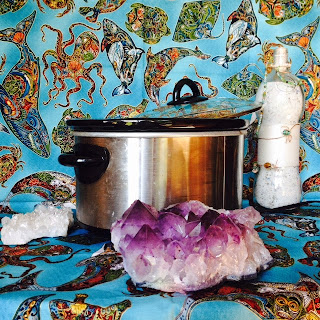 
Posted by Unknown at 12:19 PM No comments: Links to this post

Jack With His Head In The Clouds 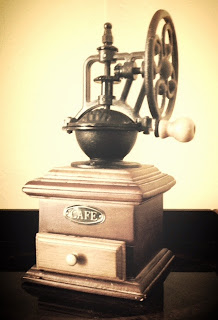 Eileen pulls the last haunch of moose out of the freezer and hands it to Jack.
"Is this from the cow you shot in the garden last year?" He asks, sagging under the weight.
Eileen nods. "Take it to Auntie. She'll give you two bags of flour and an extra turkey she ordered from town. Oh, and eggs. Make sure she doesn’t forget the eggs."
"Pay attention and be careful!" Eileen calls out as Jack idles the skiff out of the tiny cove. He is a good son, but Eileen worries about him. His head is always in the clouds.

"What took you so long?" Eileen asks when Jack returns at dusk. She’s been pacing the beach for an hour, watching for his return.
"Sorry Ma, I met a man from the city. He asked me where the good fishing is round these parts."
"Where’s the food from Auntie?" Eileen wonders, her heart sinking as she scans the empty skiff.
"I never got as far as Auntie's house. I was talking to the man from the city and lost track of time. I’m sorry I’m so late," Jack leans down to kiss his mother's cheek.
"Where is the haunch of moose?"
"Harold, that’s the fellow I met, he told me he’s never eaten moose meat before and wanted to try it. I traded the haunch for these," Jack says, and grins, as he pulls a blue canvas sack out of his coat pocket and hands it to Eileen.
Eileen loosens the drawstring and peers inside the bag. It smells like good coffee, but the beans sparkle. What will the marketers think of next?
“Isn’t it grand?” Jack asks, bouncing on the balls of his feet.
"It's a bag of beans, Jack. I'm very disappointed."
"But they're magic beans! Harold said if we plant them, they'll grow as tall as trees in a single night!"
Eileen shakes her head. “You can’t grow coffee in Alaska.”

Eileen and Jack eat a lot of bear stew that spring, but the coffee almost makes up for it. The coffee, Eileen decides, is the most delicious she’s ever had.


Posted by Unknown at 9:33 AM No comments: Links to this post 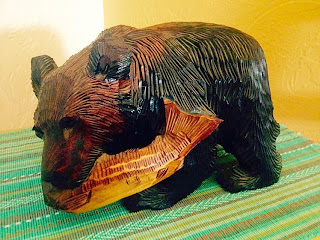 Posted by Unknown at 1:24 PM No comments: Links to this post