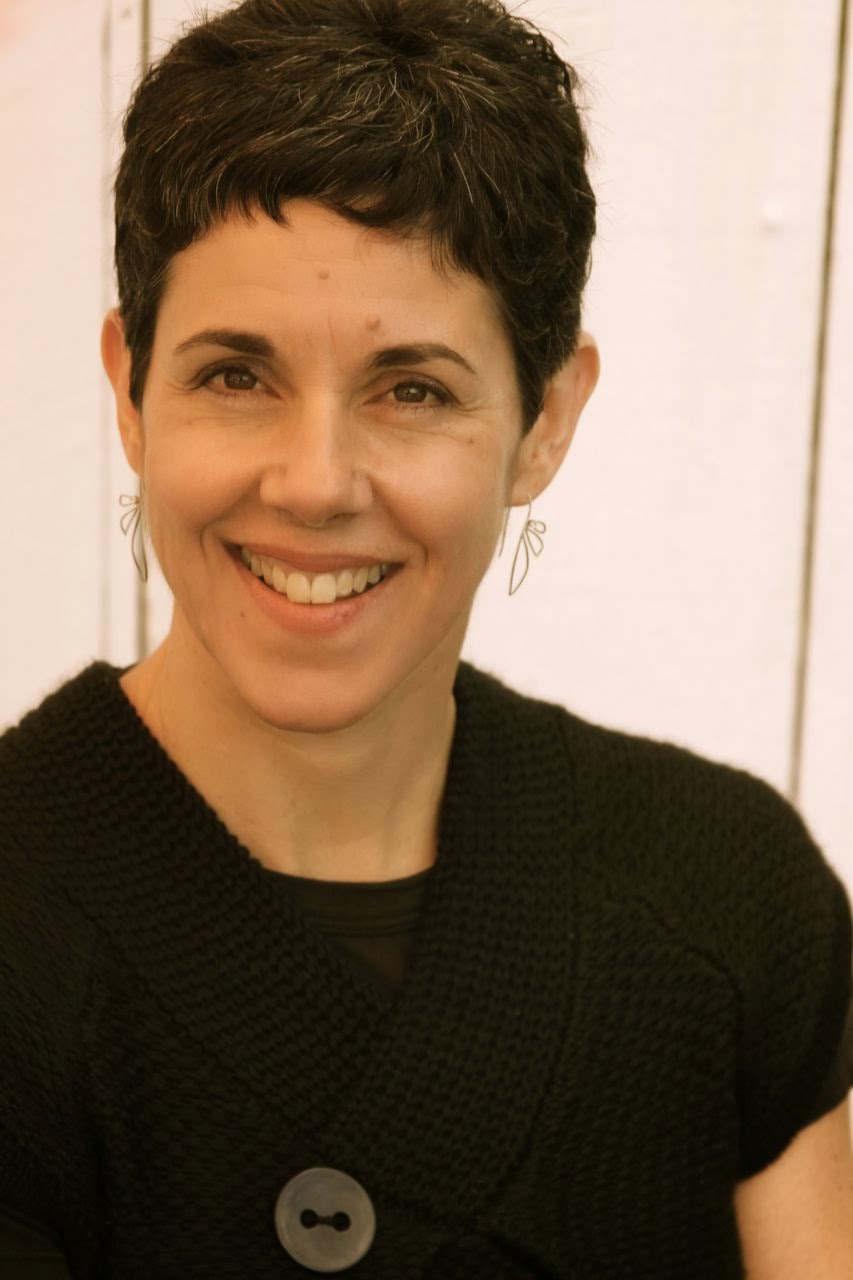 I'm delighted to introduce you to Tamara Holland who helped me develop the idea for this blog series and who has so kindly agreed to be the first author interviewed!

Tamara Holland is a former post-conviction death penalty defense attorney, and current artist and writer.  You can visit her at beanupthenoseart.com, and on Twitter @tamholland.  She's published two non-fiction books about making your art your business.  This fall, she'll be publishing The Road Presents Itself -- the first in a series of murder mysteries set in the Roman Empire from 45 to 80 AD.

First, please tell us a bit about what you write and why dialog is important in your work.

I'm writing a murder mystery series that takes place in the Roman Empire, between 60 and 80 AD.  Dialog is the way the story gets told:  even when the characters aren't talking to each other, the first-person narrator -- one of the characters  in the story --is , in  essence, talking to the reader.

Listening is an integral part of "people watching."  Do you "people listen" automatically, or do you make a deliberate effort?

It's worse than automatic.  I can't not listen to people.  I cannot tune out conversation.  Mostly, that is a good thing.  Because I love to overhear people talking.  I am fascinated by the topics they choose, their speech patterns, accents, turn of phrase -- the entire thing.

Humans exchange a lot of information paraverbally, that is, through intonation, pacing/rhythm, volume and enunciation.  What paraverbal cues are you most sensitive to or tuned into as an author, an observer, and a participant?

As an author hearing the characters in my head, what comes across most in this category is the pacing -- pauses, interruptions by something happening, the quickening of their voices as they get angry or afraid.  Also, I hear their sarcasm and their vulnerability in their voices.
As a real-life observer and participant, I jump too fast to conclusions without waiting and listening long enough, because I am processing these kinds of paraverbal clues very fast -- and often, because of my early "training" in a wacky family-of-origin -- I conclude a negativity or rejection that's not really there.  (My ex-husbands will be happy to hear me admitting this.)

Very insightful. I find these kinds of patterns fascinating. After all, almost all of us have at least one warped or dysfunctional communication habit that tells the astute observer far more about us than we'd like to volunteer.

I love writing dialog.  The two projects I worked on for years before these novels were screenplays -- where virtually everything happens through dialogue or an action you can see.  I hear my characters talking to each other, and to the reader.  That's just how my stories come out.  As if it's all talking, just written down.
What I find challenging is the ethical (for lack of a better word) dilemma of writing dialog in accents or speech patterns that are not mine.  I write it down exactly as I hear the characters speak it in my head.  And I have a good ear.  But I am always uncomfortable that somehow this is offensive.  Here I am, a white mid-life woman, most of whose characters are nothing like me demographically.  And I write what they say in the way I hear them saying it.  Is that presumptuous?  Wrong?  I don't know.  But it's what I do. I write down the stories of the characters who come to me.  And the vast majority are nothing like me.  Different time periods, gender, ethnicities.

What have you learned about yourself and your relationships by observing real life and fictional dialog?

That I communicate far better in writing than in speaking -- my own dialog, as it were.  I am much more defensive and fearful and assume the worst when I am speaking with and listening to people.  When I respond to the world in writing, I am a much kinder and magnanimous person, open to and comfortable with many more possibilities.  I am not as fearful when I write as I am when I speak.

Do you have any characters with catchphrases or verbal habits?  What are they?  How do these personal quirks add depth to your characters?
I do!  And it wasn't an intentional choice.  It's just what the narrator does.  He says "Pull it together," almost as a chant to himself in times of stress.  Often.  It kind of freaked me out -- both as one of those things where you think, "That's so repetitive -- not good to see in one's writing," and as something odd that was just happening in spite of what I believed should be happening.   I wasn't choosing.  He has his own mind.  And now it's one of the things that I know him most by.

Do your characters ever interrupt, cross-talk, or change the subject?  Do you use communication interference in your dialog?  Why/Why not?

That is a great question.  They don't interrupt or cross-talk.  (But it seems like characters should, because we all do those things in real life all the time.)  However, they are frequently changing the subject.  Because these are murder mysteries.  So, characters will change the subject when they are uncomfortable with the direction the conversation is going, and folks doing questioning often change the subject as an "investigation" tactic.

Please share with us a dialog gem that you've recently overheard or participated in.  What do you think makes this dialog interesting?

When I was bringing my stuff into the hotel I was checking into the other day, I overheard the desk clerk checking in a couple.   The desk clerk asked the man, "What color is your vehicle?" He answered, "Brown." After which the woman in the couple snorted, "It's gold."
What do I love about this?  Everything.  In seven words, you've got pretty much the whole flavor of their relationship.  It conveys so much, packs so much punch, and does so with exquisite economy.  And it leaves you wanting to know more.  She would really correct him like this to a stranger?  About something that doesn't even matter?  What happened in the car just before this?  What's going to be his reaction out of earshot?  It's just juicy, juicy, juicy.

Great example! That is juicy and I can imagine that the nuance of her tone and body language could either invite the desk clerk to join them in playful banter about perception or could broadcast serious relationship friction.

Please share with us a dialog gem from your own writing.  (If published, please share the title and link to purchase site.)  What do you think makes this dialog interesting?

I can't.  Because every single conversation in the mystery involves the narrator -- who cusses a lot.  A lot. And with pretty objectionable words.  And I don't want to offend folks who read your blog who aren't bargaining for that.  But thanks for asking!

Gosh, now you've really piqued my interest! I hope that you'll come back and give us a link to your book when it publishes this fall, Tamara.

If you're an author and would like to participate in this interview series, please contact me at marcylpeska@gmail.com